A University in Motion. Apply now!

Class Format: MOST of our classes are designed for student participation utilizing adult learning principles. These consist of group discussion, small group activities, role-play, and other interactive activities. Therefore, please read the class descriptions and come prepared to participate.  Weeklong certification classes will have an “application process” instead of immediate registration confirmation.

Registration Changes: Due to current COVID-19 social distancing guidelines, each class will hold a maximum of 50 people. Proxy registration will no longer be available. This means that one user will not be able to enroll other individuals under his/her own account. EACH student must have his/her own registration account and email address. PLEASE DO NOT SIGN UP FOR MORE THAN TWO CLASSES AT A TIME OR JUST FOR THE A.P.O.S.T. CREDIT.

Class Attendance & Standby: Please bring your registration confirmation email to class to confirm you are registered. If you are not in attendance by the start of class, we will give your seat to any “standby” officer.

**Online Self-Cancellation: You may now remove/cancel yourself from a class or waiting list online! Self-Cancellations online can only be completed up until two days prior to the start date of the class. Please log in to your account, click on Registration History, then Current Courses, and then you may choose the classes you need to cancel. If you need to cancel in less than two days prior, please contact our office at 334-244-3804 or [email protected].

No Shows: Most of our classes have waiting lists and we need to know ASAP if you are not able to attend. We are tracking all no shows (people who do not attend class and don’t notify us prior to the start of class).

The Alabama Crime Prevention Clearinghouse & Training Institute delivers continuing education opportunities that assist law enforcement, state agencies, community groups, and schools in removing or reducing crime in their community and throughout the State of Alabama.

The Alabama Crime Prevention Clearinghouse & Training Institute, located at Auburn University at Montgomery, is a project funded by the Alabama Department of Economic & Community Affairs Law Enforcement & Traffic Safety Division and the Division of Continuing Education & Community Engagement at Auburn University at Montgomery.  Linda Wright, who has over 30 years of leadership in the crime prevention field, directs the Clearinghouse. It also has a resource library and program materials. The Clearinghouse coordinates efforts, and partners with federal and state agencies such as, HIDTA, U.S. Attorney’s Office, Alabama Homeland Security, Alabama Peace Officers Association, and other agencies to sponsor statewide crime prevention training.

“One of the best training classes in my 30+ years of law enforcement” said David Carlington. 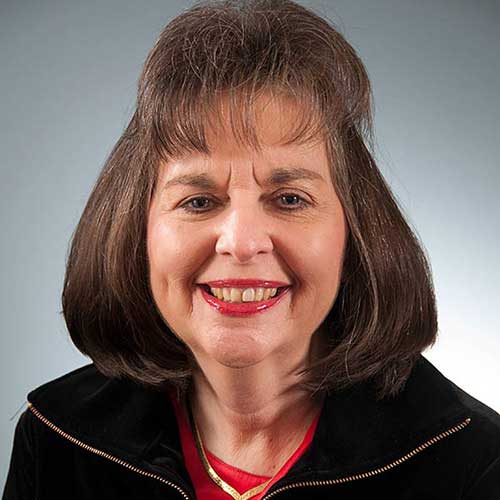 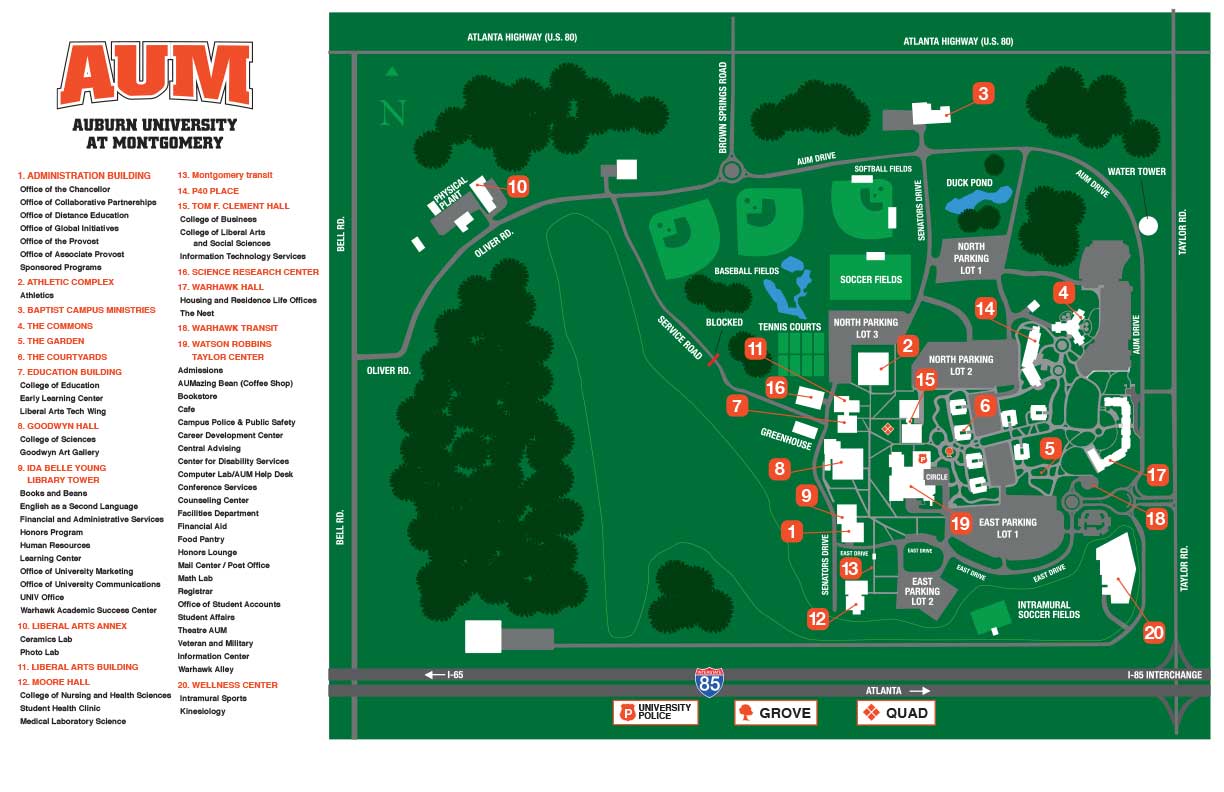 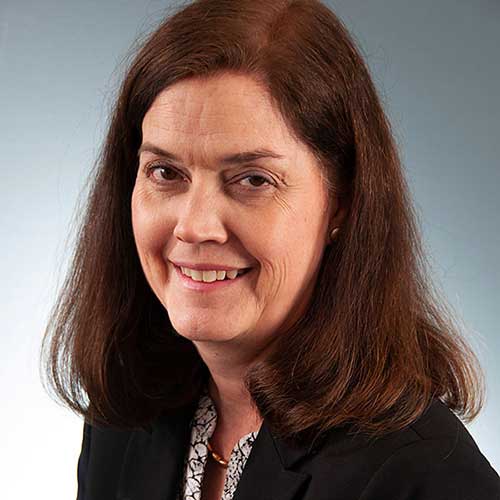 Our instructors have real-world experience that they bring into the classroom. They go beyond the curriculum by including relevant tips and skills that they have gained through years of service in law enforcement. As experienced instructors, they use a combination of lecture and practical experience of case studies to help convey the course material. The following instructors have completed an Instructor Development Course and are APOST certified.

Mr. Thetford has over twenty-five years of experience as a FBI Prosecutor, Special Agent and Division Legal Counsel. He is also a member of the Alabama Bar and has provided legal advice and instruction for a variety of federal/state agencies. During his career he has investigated political corruption, white collar crime, and terrorism cases. Mr. Thetford is a Certified Police Instructor, Legal Instructor, Government Mediator, and Field Relief Supervisor for 10+ years. He currently serves as MJA Director and Professor of Criminal Justice at Faulkner University and has served as an instructor with the Alabama Department of Public Safety as well as a guest lecturer at the U.S. Air War College. Mr. Thetford practices law specializing in mediation procedures and consulting for police agencies and private industry. He serves as an elder and Sunday Scholl teacher in his Church and as a Certified Christian Conciliator, providing biblically-based mediation services and training.

Bobby recently retired from Alabama Peace Officer Standards and Training Commission as in investigator on March 1, 2023. He spent six (6) years as Chief of Police at Dothan Regional Airport Police Department and retired from Ozark Police Department after twenty five (25) years at the rank of Captain of Special Operations. He is currently serving as a board member with ICJE and Alabama Police Trainers Association (APTA). He attended the FBI National Academy #249 and has been certified as an APOSTC instructor since 2004. He is an adjunct instructor for AUM and JSU. Throughout his career, Bobby has served on special weapons and tactics commander, regional disaster response team member, traffic homicide investigations commander, commercial vehicle enforcement commander, honor guard commander, training division commander along with numerous other duties.

Bill has over 24 years’ experience investigating internet crimes, especially crimes against children. He is a member of the Internet Crimes Against Children Task force and assigned to the PROTECT (Prosecute and Restrain Offenders that Exploit Children Task Force) through the US Attorney Office, and has trained numerous officers and prosecutors in using the Internet as an investigative tool. He has also testified as an expert witness in several criminal cases involving Internet crimes. Special Agent Hough is an APOSTC certified instructor.

Wesley Richerson is an experienced law enforcement instructor and holds instructor certifications from the Department of Homeland Security, the Federal Bureau of Investigation, the Federal Law Enforcement Training Center, and the Alabama Peace Officers Standards and Training Commission.

He is currently employed at the Montgomery County Sheriff’s Office as the Commander of the Administrative Division. His responsibilities include overseeing the daily operations and budgetary needs of the Sheriff’s Office. He is also the Assistant Emergency Communications Director for the Montgomery County Emergency 911 Center. He has directed the Training Division and served as the Tactical Commander of the Montgomery County Sheriff’s Office SWAT Team. He previously served as the Commander of the Special Operations Bureau where he led investigations into narcotics, street gangs, and organized crime. During his career, he has served in the Patrol Division, K9 Unit, Narcotics Unit, Criminal Investigations Division, and as an Investigator on the FBI Safe Streets Violent Gang Task Force.

Wesley has a Bachelor’s degree in Criminal Justice and a Master’s degree in Justice Administration from Faulkner University. He is also a graduate of the FBI National Academy Class 271.

Frank retired as a Lieutenant in the Alabama Bureau of Investigations, Alabama Department of Public Safety. He has 19 years in Patrol (to include 17 years on the SWAT Team), four years as a full time instructor at the Alabama Criminal Justice Training Center, and four years with the Alabama Bureau of Investigations. Since November 2012, Frank is the Financial Crimes Investigator with the Escambia County Sheriff’s Office, Pensacola, FL. He teaches Forensic Accounting and Personal Financial Planning and Introduction to White Collar Criminal Investigations at the University of West Florida. He is a Certified Fraud Examiner and a Certified Firearms Instructor.

Send Us a Message

Need more information before applying?
Contact Us
Back To Top