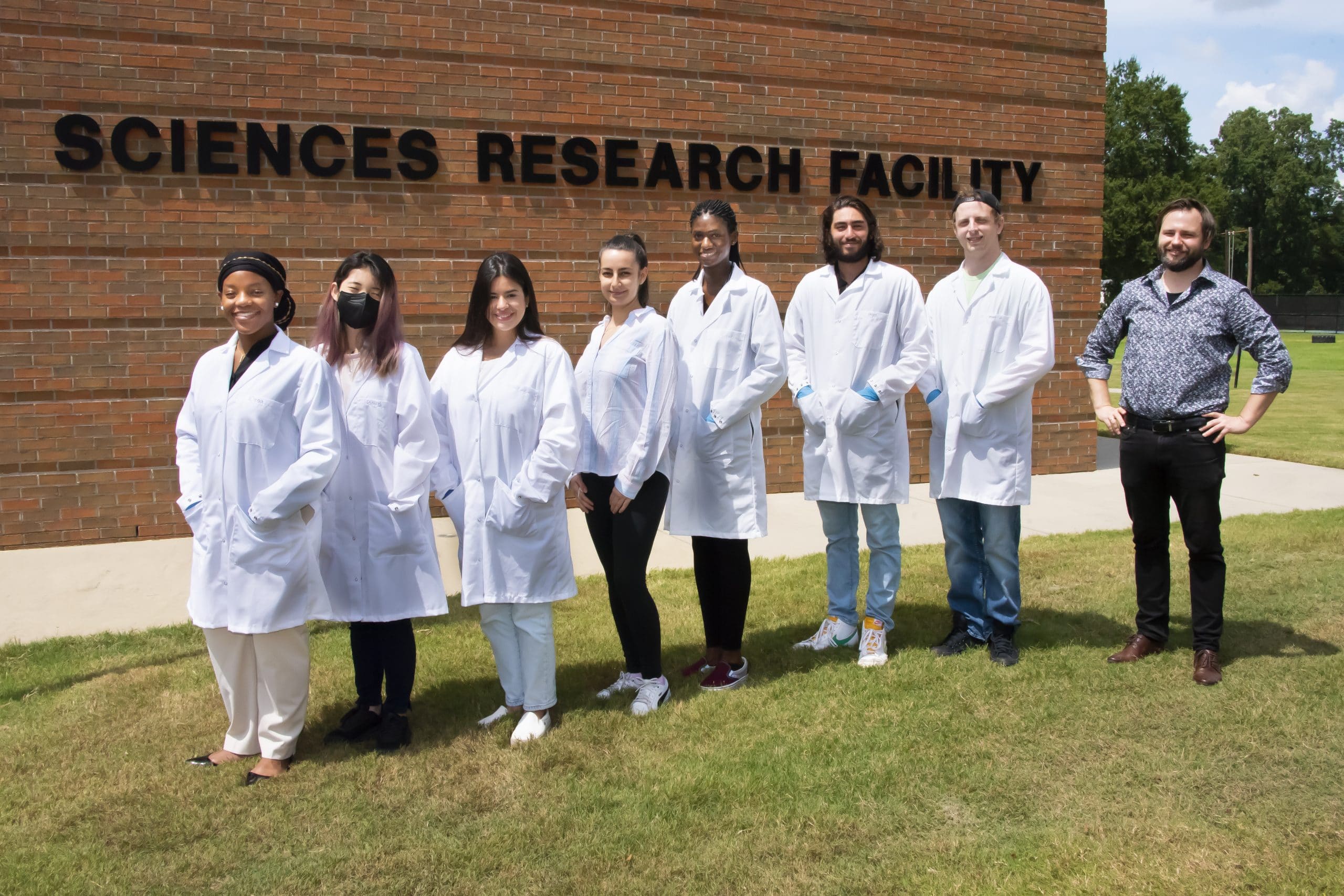 Ciesielski is the first AUM faculty member to be awarded a research grant from NIH. His three-year study aims to explain molecular mechanisms that protect human cells from defects in the mitochondrial DNA (mtDNA) replication process, which are known to lead to diverse human disorders.

“It is well established that losses of segments of the mitochondrial genome coincide with the development of many human degenerative disorders, such as Parkinson’s, Alzheimer’s, as well as various types of cancer, autism spectrum disorders and other diseases,” Ciesielski said.

Mitochondrial DNA is essential for the production of cellular energy, and consequently to sustain life. Over the years, the link between various disorders and the dysfunction of mitochondrial DNA has eluded scientists, Ciesielski said.

“We know surprisingly little about the processes governing the maintenance of the mitochondrial genome,” he said. “This is striking given that its function is essential for our existence.”

“An insight into the origin of mitochondrial DNA deletions, and in the mechanisms that naturally prevent them, could potentially bring scientists closer to targeted therapeutical strategies for many seemingly diverse human conditions,” Ciesielski added. “The origins of these sporadic deletions remain elusive and understanding the mechanisms that onset these deleterious changes remain one of the major current challenges for scientists.”

Ciesielski’s NIH grant allows student researchers to collaborate with him in investigating the use of mtDNA-maintenance proteins as a mechanism to protect human cells from defects in mitochondrial DNA, restoring its ability to replicate. More than $100,000 of the NIH grant is dedicated to funding the salaries of undergraduate student researchers.

AUM student researchers on the project are currently conducting three laboratory experiments that will help support Ciesielski’s study. Chemistry majors Carolina de Bovi Pontes and Briana Norris are exploring the mtDNA replication process in vitro while chemistry majors Cody Jefferys and Muhamad Bedwan are working on in-vitro proteolysis experiments, a process of cellular “quality control.” Under the direction of Ciesielski’s research associate Elena Ciesielska, students Hyacintha Bisimwa and Noelle Kim are evaluating whether the observations from the in vitro experiments apply to human cell cultures.

“The contribution of undergraduate students is fundamental for this project,” said Ciesielski, the project’s sole principal investigator. “Since I joined AUM in Fall 2018, I have trained nearly 20 undergraduate students. Their work has been important to generate preliminary data for the funded project.”

The team’s research to find the key to the maintenance of the mitochondrial genome is vital for the survival of human cells, Ciesielski said.

“This project is conceptually novel, which was acknowledged by the NIH reviewers,” he said. “Our hope is that by explaining a molecular mechanism that prevents deleterious consequences of certain defects in the mtDNA replication process, we may potentially identify molecular targets for design and development of targeted therapies for related human disorders.”