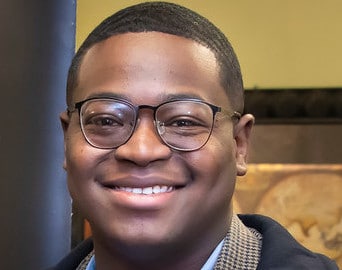 AUM is set to hold two commencement ceremonies at the Multiplex at Cramton Bowl in Montgomery to celebrate the achievements of nearly 500 graduates in the Spring Class of 2021. A livestream will be available on the commencement website for family members and friends who are unable to attend.

Ragland, a native of Talladega, Alabama, earned his bachelor’s degree in political science from AUM in 2017. Two years later, he defeated an incumbent to become the city’s first African-American mayor — and its youngest at 29 years of age. He began serving as mayor in November 2019.

Before AUM, Ragland began his undergraduate studies at Marion Military Institute, earning an associate’s degree. He transferred to AUM in 2014 where he was involved with the College Democrats. Through his involvement with the College Democrats, Ragland served as a field organizer for Hillary Clinton’s 2016 presidential campaign. He later served as a regional organizer for the Alabama Democratic Party, coordinating the activities of volunteers and paid canvassers. He assisted former U.S. Senator Doug Jones during his 2017 campaign run, as well as Tuscaloosa Mayor Walter Maddox’s 2018 campaign for governor. In 2019, Ragland served as a legislative fellow in the Alabama State House of Representatives.

Since graduating from AUM, Ragland’s leadership and political aptitude have led to numerous awards, including the Alabama Young Democrats of Alabama Martin Luther King, Jr. Moral Courage Award, Alabama NAACP Living History Award, and Black Law Enforcement Officials NOBLE Award. He will soon add earning a juris doctorate degree from Faulkner University’s Thomas Goode Jones School of Law to his accomplishments. He is set to graduate from the law school May 15.