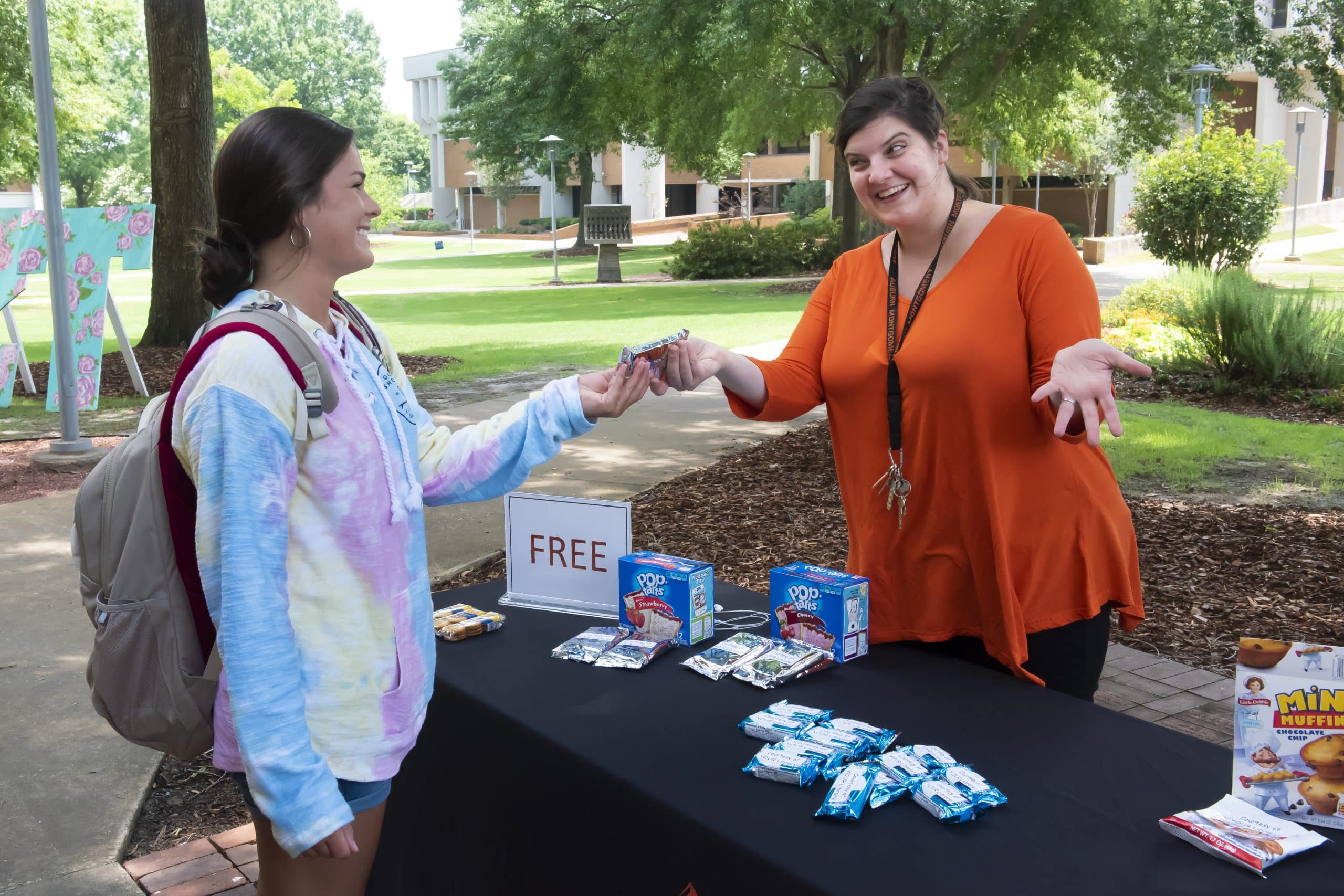 Our 5,000-some students, faculty and staff have an opportunity to take part in a variety of activities as part of Warhawk Welcome Week. Check the university events calendar for upcoming details on grab-and-go breakfasts, games, and more fun.

Take a quick stroll through campus to see how colleges and departments greeted students on the Quad and for a tour of our beautiful campus. 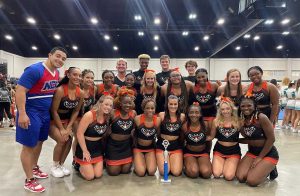 AUM placed third in the NCAA Division II Small Co-ed Intermediate Division, earned a bronze bid to camp, and earned superior recognition for all events in which it participated.

And — this should come as no surprise — Curtiss The Warhawk earned All-American recognition among mascots.

Hungry? Check out what Chef Q and the Campus Dining team have been cooking up in Taylor Center. In addition to longstanding favorites like burgers, build-your-own salads, pizza, Tex-Mex and breakfast omelettes, you’ll find steak, ribs, Indian delights and other flavorful options.

Download the Grubhub app to check out the menu and place your order. Learn more: https://www.aum.edu/dining/ 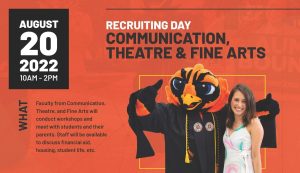 Do you know a high school student — or the parent of one – who is interested in studying public relations, graphic design, communication or the fine arts? If so, make plans to attend AUM’s Communication, Theatre & Fine Arts Recruiting Day event on Saturday, August 20, from 10 a.m. to 2 p.m.

On recruiting day, faculty from Communication, Theatre and Fine Arts will conduct workshops and meet with students and their parents. Students will also enjoy a tour of the Communication TV Studio, Theatre AUM, Photography Lab and graphic and art studios such as The McDermott Art Gallery.

Staff will be available to discuss financial aid, housing, student life and other campus resources.

Fill out registration form to RSVP. 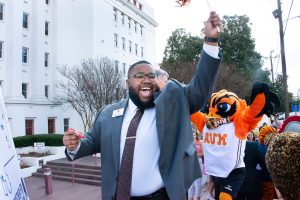 A new AUM research project aims to foster civic identity/commitment and civic virtues among AUM students, faculty, and staff through a deepened understanding of the Civil Rights Movement and its leaders.

A kick-off event for the project, “From Civil Rights to Civic Virtue: Forming Character through Community,” will be held August 25-26 at AUM. RSVP to the event online.

Funded by a grant from the John Templeton Foundation, the three-year project also seeks to promote civic engagement through projects with partners in the local community.

The Civil Rights to Civic Virtue Kickoff event will bring together educators to help inform the AUM community about the new research study.

AUM will welcome new incoming Warhawks at our New Student Convocation for undergraduates on Friday, August 19.

On ceremony day, students will meet in the Taylor Center at 9:30 a.m. for a procession to the AUM Athletics Complex, where the convocation event and other activities will start at 10:00 a.m.

Students will be grouped by college and welcomed by faculty, staff, administrators, and fellow students who will share what it means to be a part of the Warhawk family.

New student convocation is also a great way to make new friends and connections while enjoying food and games. And it’s the easiest way to get 50 points on your first University Success (UNIV) course assignment.

See AUM”s Calendar of Events for a schedule of activities.

Students are invited by the Office of the Provost to apply for a scholarship that will go towards one credit hour of tuition for an internship or directed research course approved by AUM’s Experiential Education & Engagement Center (EEEC).

The scholarship does not apply to courses that are required as part of the student’s major program. Students who complete internships or clinicals in the College of Education and the College of Nursing and Health Sciences are not eligible to receive this scholarship.

The deadline for Fall 2022 applications is August 22. Apply online.

If you have questions about eligibility or requirements, email [email protected].

There’s an easy way to keep up with campus happenings. Enroll in AUM365 and get the 4-1-1 from Curtiss The Warhawk himself. Text curti$$ to 334-398-6025 to receive reminders about upcoming happenings.