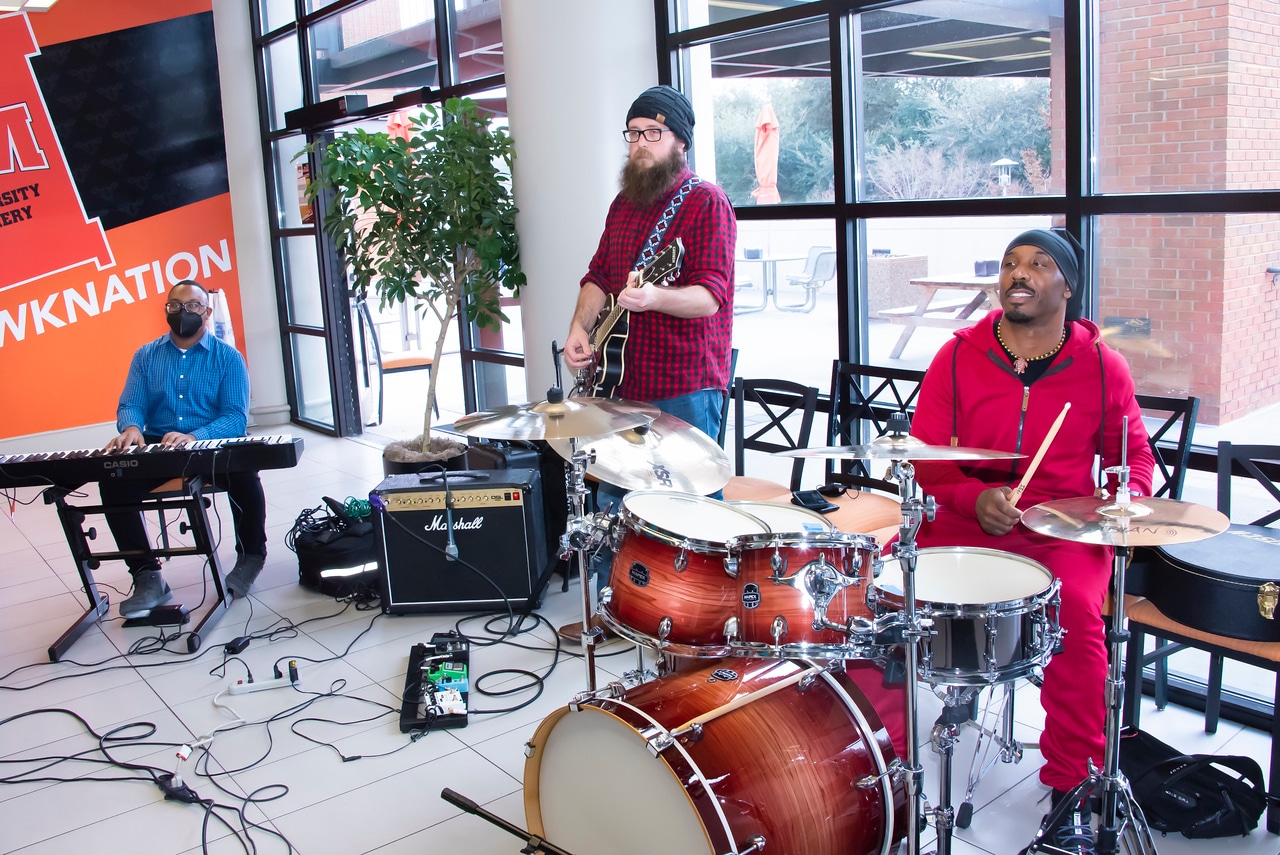 Staff Profile: Q & A with the Jammin’ Warhawks

While The Jammin’ Warhawks provide entertainment for events on Auburn University at Montgomery’s campus, the band is also an outlet for faculty and staff to let loose, have fun, and show a new side of themselves.

Q & A with the Jammin’ Warhawks

Q: How and why was the band started?

Mitchell: We didn’t start off as a band. We’ve always been in the same department and every year we would have the staff Christmas event. We would always render Christmas music as our event to represent Financial Affairs. During that time, we were only singing Christmas songs, but I went to Mr. Jones and said, “Hey, there’s this one song I’ve always wanted to sing.”

Jones: It was Proud Mary.

Mitchell: And we had no practice, it was just during our lunch hour.

Jones: Yeah, we just listened to the song on our phones.

Mitchell: Eventually, it was introduced to the senior staff and administration, and the provost really promoted it so we started reaching out to other members of the campus and community. The interesting thing is that all of us were already very deeply involved in music off campus.

Jones: I played for you [Chief Mitchell] before we even came to AUM. She’s a soloist, and I’m a Minister of Music at my church. So, in the church arena, we’ve worked together before. 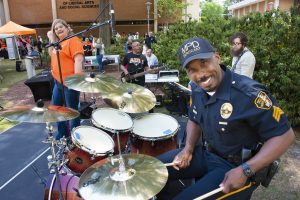 Q: Who are the members of the band, and what role do they play?

Jones: I play bass, but I’m actually a keyboardist. The band didn’t have a bass player though so I switched to bass. Who wants a band without a bass?

Mitchell: I’m just the vocals, but I would love to play keys or string a guitar. I dabble in drums at church. But I’m not really a drummer.

Jones: Our drummer is an employee for the City of Montgomery in public safety and his son is a keyboardist — which made the band a network to show how different organizations and agencies can come together. Stephen Butts in IT (Information Technology Services) is our current guitarist.

Mitchell: We have Stacey Holley and Lindsay Kennington in HR and Michelle Berry in Kinesiology with vocals. We have had a couple others that were in the band but are no longer with AUM like Nicole Whitehead and Danyal Jones, who were also vocalists.

Jones: Keith Krawczynski in History and World Cultures used to be a drummer, and Randy Richardson was lead guitar. One of our guitarists was also the former dean of College of Sciences, Robert Granger.

Q: What is it like for you to be in the Jammin’ Warhawks?

Mitchell: It’s exciting! It’s one of the times to really have fun, and we really enjoy doing it. If I wasn’t in my current profession, it’s something I would want to be doing full time, you know? It’s just good, clean fun.

Jones: It gives us an opportunity to, well, I don’t have any hair but, “let our hair down.” It lets us be outside of the day-to-day and express our talents. 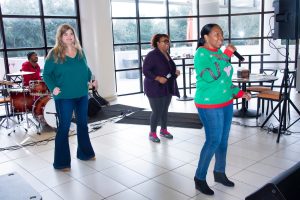 Q: Is it only AUM events that you play? What kind of events?

Jones: The staff are the ones who reach out to us to perform so if staff will email either of us, we can try to schedule to perform. Usually, they reach out to her [Chief Mitchell] since she’s the front woman, but then she’ll bring it to me, and I’ll coordinate with the band for rehearsal. Performing is never a no for us though.

Q: To you, what makes being a part of the band special?

Mitchell: It is an experience for people to see us in a different light. We all have our roles that we play on campus, but to be seen in that role isn’t necessarily the whole person’s identity. Being in this band, it shows that we’re real people who can do business and be serious, but we are also approachable and fun. It’s just a good time, and it makes us all smile.

Jones: We really enjoy seeing people enjoying the show. It lets them, and us, to get out of the office. We all get to see each other in a new light. It’s a good time of expression.

Q: What does the future hold for the Jammin’ Warhawks?

Jones: Well, of course, we’ll keep providing entertainment for the university, but at some point, I would like to see us participate in the community. I think it’d be really cool to perform at a city event or festival to display our talents and represent AUM.

Mitchell: And just to continue with it… As long as we’re here, we plan to continue the band.

Jones: Even long term, after my tenure here, I think we would still come back and represent, even as retirees. We are here for life.